A Story and a Poem

It’s hard for me to believe that almost 17 years have passed since I first sat down and wrote the one and only poem I have ever written. The poem entitled “My Biggest Fear” and the story behind the poem were mainstays of my keynote work for many years, but as times have changed, topics have changed and people have changed, the story was eventually lost and replaced by seemingly newer and more relevant information. This past week, however, someone encouraged me to tell the story and recite the poem. What amazed me was that I could still recite it, given that these days, I can’t seem to remember where I put my car keys or wallet.  So, perhaps a new generation of folks might appreciate the story behind the poem and the poem itself. Maybe it will become a Twitter sensation!

In 1999, I found myself traveling from Washington DC, where I lived at the time, to Orange County, California. I was headed to do a keynote presentation at a large conference. I arrived to Dulles airport, checked in and received my boarding pass for the almost five-hour non-stop flight. The pass clearly indicated my seat assignment: 23B.

B is a middle seat, I thought. I truly dislike the middle seat, especially when flying non-stop across the country. I did note that the plane didn’t seem full so there was a chance I could snag my coveted aisle seat. I began to realize as others boarded the airplane that it was indeed filling up pretty quickly. My hopes were dashing, however, I did notice that seat 23C, the aisle seat, remained empty. When it looked like everyone had boarded the plane and the aisle seat remained empty, I rejoiced and quickly started to move myself to that seat before someone else had the same idea.

In mid move, the last passenger got on the plane. No, I thought, don’t take this seat. You don’t want this seat. It can’t possibly be yours. The person headed to the seat seemed to be a teenage boy, high school age I guessed. His hat was on backwards, and headphones covered his ears. He walked slowly down the aisle, much like the students in school do when they are moving from class to class. The waistline of his jeans was uncomfortably low, which was the style back then and he sported a backpack over one shoulder, which hit the shoulders of every person he passed and to which he seemed oblivious.

By this time I knew my dream of an aisle seat had vanished. The young man made his way to row 23, gazed at the sign for a moment and determined that his seat was 23C. He plopped down in his seat and dropped his backpack to the floor. He buckled his seat belt and fidgeted with his MP3 player. (who remembers those?)

So there I sat. To my right, a high school kid with earphones and to my left, a young mother breast-feeding her child. (That’s another story for another time). The plane backed away from the gate and taxied to its position on the runway and moments later took off without incident. Even though the young man never shut his “electronic device” off, we seemed to have made it in the air. The young man never spoke, never looked my way, just bobbed his head with the music in his ears and looked forward.

About half way through the five-hour flight, for some unknown reason, he took off his headphones. I decided it was a good opportunity to strike up a conversation.

“How are you doing?” I tried again.

Not a conversationalist. However, I did learn that if you talk to someone long enough, they will tell you their story. So, I pressed on.

“Where are you going?” I asked.

“California. Where are you going?”  I clearly understood that his interest was limited to the fact that we were on a non-stop flight to California and unless I was going to pull a D.B. Cooper, my question was stupid. I got it.

“California too,” I said sounding a bit more stupid than my last question.

As the years pass, I don’t remember exactly how I did finally encourage a conversation but I did. I found out that this young man had divorced parents, one on the east coast and one on the west coast. It seemed that when he had worn out his welcome with one parent, he was shipped to the other. I determined this had happened a few times.

“It must be difficult,” I said.

“Whatever,” he said. “I don’t care. Doesn’t make any difference to me.”

At the end of the flight in California, we disembarked. He didn’t say goodbye, he simply replaced his headphones, grabbed his backpack and disappeared into the crowded airport. I never knew his name and I have never seen him again. But I was  touched by his story. I wondered how many children were living the life he was living and pretending that it had little or no effect on them, when we instinctively know it does. When I got to my hotel, I was still thinking about this chance encounter. A few hours later, I had scratched out the following poem:

I am the child who tries each day
to learn and grow and find my way.
And I know the message I send is clear,
I’m okay, I can take it from here.

But that bravado I share, well, it’s all an act.
A clever ruse to hide the fact,
that what I need is you right here,
To help me face my biggest fear.

Lean in close and listen well.
Because my friends don’t think that I should tell.
My worry of worries, my biggest fear is
what would happen if you weren’t here?

So, stay with me at home and school,
Ignore the fact that it’s not cool.
And try as I might to hold you at bay,
it’s at that very moment I need you to stay.

I believe that our children have three fundamental desires: To do well, to be safe, and to feel love. If we can deliver these things, and I know we can, our success will know no limits.

Over the years I have received thousands of requests for my poem and have seen it republished in countless venues. I am humbled that my poem, a little rhyme actually, has such an impact on educators everywhere. If you are interested, you can download a free PDF copy of the poem here 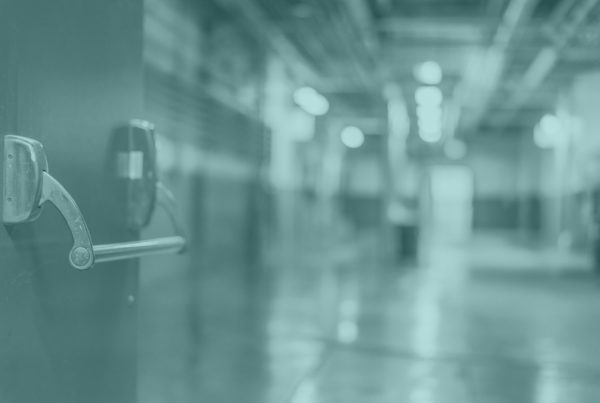